PALO ALTO, Calif., Nov. 27, 2021 (GLOBE NEWSWIRE) -- Bitcoin Latinum (LTNM), the next generation, insured, asset-backed cryptocurrency, in partnership with Unico NFT, is launching an NFT marketplace that features thousands of digital artwork that can be bought and sold exclusively with Bitcoin (BTC) and Bitcoin Latinum (LTNM). This is the world's first platform that enables the option of buying, selling and trading NFTs using cryptocurrencies other than Ethereum type currencies. Using a patent pending technology, Unico provides ways to purchase NFT using Bitcoin and Bitcoin Latinum. 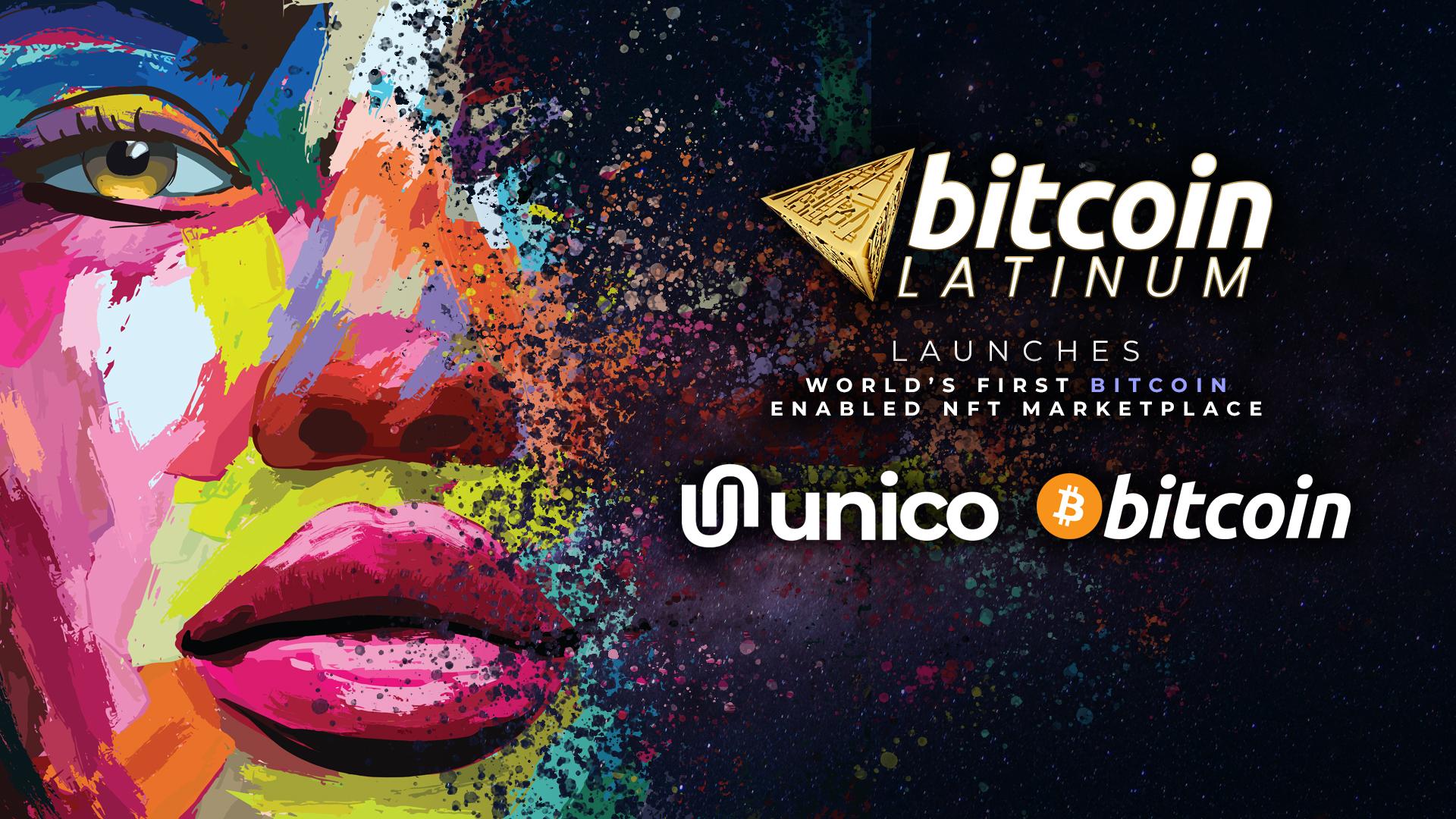 This will open up new opportunities for people who want to own digital artwork or collectibles and also unlocks the huge liquidity available in the whole crypto space. It will also solve the typical problems of using the Ethereum blockchain such as high fees and low transaction speed.

Monsoon Blockchain, the blockchain development platform behind Bitcoin Latinum, has been trying to disrupt the crypto industry with innovative technological solutions. In an effort to make an advancement in the latest NFT space, the platform has partnered with Unico to launch a decentralized NFT marketplace called UnicoNFT. The marketplace features an extensive array of collections, auctions, live actions, and many popular categories including entertainment, pop culture, gaming, influencers, and celebrities.

NFTs use blockchain to record the ownership and provenance of digital items such as images, videos, collectibles and even land in virtual worlds. According to Decrypt, the NFT market produced 10.67 billion dollars-worth of transaction volume in Q3 2021- eight times as much as the previous quarter, and up from $328 million in 2020. To date, NFTs were tied to the Ethereum blockchain, however UnicoNFT is the first NFT marketplace to utilize Bitcoin and Bitcoin Latinum for NFT transactions, thereby opening more options and allowing everyone to participate in the NFT world.

"NFTs we believe mark the beginning of widespread adoption of blockchain by end consumers" remarked Dr. Donald Basile (CEO of Monsoon Blockchain Corporation), adding that "we expect 5-10x the number of consumers currently involved in digital assets to adopt them over the next 24 months."

Unlike other crypto assets, LTNM is insured, and backed by real-world and digital assets. Its asset backing is held in a fund model, so that base asset value increases over time. It accelerates this asset-backed funds growth by depositing 80% of the transaction fee back into the asset fund that backs the currency. Thus, the more Bitcoin Latinum is adopted, the faster its asset funds grow, creating a self-inflating currency.

Monsoon Blockchain Corporation, an innovative blockchain company based in Palo Alto, California, was selected by Bitcoin Latinum as its foundation partner. Monsoon is focused on innovative cloud solutions in the blockchain ecosystem, leveraging the latest blockchain technology to develop powerful business solutions that allow the successful digitization of and listing of assets across a variety of industries, including financial services, telecommunications, and media and entertainment. Dr. Donald Basile, Monsoon's CEO and founder, is the former CEO of Fusion IO, a company known for playing a major role in implementing the cloud systems at Apple and Facebook as well as partnerships with HP, IBM, and Dell.